Louis McCann has spent the last 40 years working in the pet sector. At the age of 16 he began working for the Montreal SPCA cleaning kennels. After achieving his Bachelor of Science with a major in wildlife management Louis worked his way through the ranks of the SPCA becoming the Director of Cruelty Investigations and Director of the Wildlife Department. Louis joined PIJAC Canada in 1991 as Director of PIJAC Quebec and not long after the Executive Director of PIJAC Canada (Pet Industry Joint Advisory Council of Canada).  During his years working for the SPCA he engaged pet businesses and saw their true passion for pets. He also saw an opportunity for him to leverage his animal protection background to create a creditable guiding body offering resources to foster responsible pet businesses. 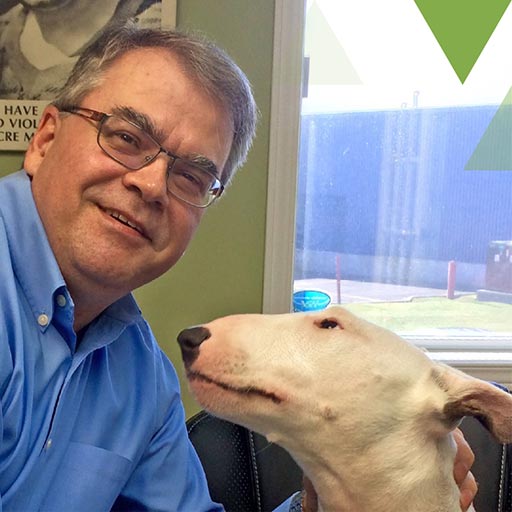 For 26 years Louis has been the lead advocate representing the interests of pet businesses in Canada, including; manufacturers, distributors, retailers and pet care service providers. Combining his own expertise with government partners and other pet welfare organizations, Louis has raised the bar for the Canadian pet industry. He has achieved this through innovative development of health protocols, Canadian based animal care training programs*, municipal and provincial guidelines, best practice recommendations for businesses and the promotion of sound animal care and husbandry practices in all sectors of the pet industry.

On the international stage, Louis been the lead on developing Canadian Pavilions at global pet trade events (Interzoo, Zoomark) and missions abroad (China, Japan, Russia). Under the umbrella of PIJAC Canada, Canadian companies could qualify for travel funding making their participation a reality. Louis’ willingness to place PIJAC Canada as a facilitator and his consistent relations with federal agencies helped companies qualify resulting in a gateway for many businesses to access foreign markets, something not achievable without his initiative and leadership Louis also represented Canada on the IPAC Committee (International Pet Association Committee) at international trade events for over 15 years.

Animal well-being is at the core of Louis McCann, as illustrated by his early choice of employment and storied career.  His “Animal Welfare is Everyone’s Business” campaign is one of the best example of his commitment.  The campaign embodies everything he believes to be true about animal well-being and who is responsible for it.  Regardless of which area of the animal world someone is from, working together for the betterment and care of our pets is the most important thing.  Louis collaborated to form the National Companion Animal Coalition, bringing together all four of the major pet associations in Canada; The Canadian Federation of Humane Societies, Canadian Veterinary Medical Association, Canadian Kennel Club and PIJAC Canada with the addition of federal government participation.  As a group they have taken on issues of national standardization of microchips and readers, creating an agreed upon definition of puppy mills, a sourcing checklist for consumers, and a breed ban position paper, just to name a few.  One of the first things Louis tells each employee is his philosophy of collaboration instead of confrontation as it’s the only way for animals to be protected and for businesses to truly succeed.

It is also this philosophy which has helped him to forge credibility with provincial and federal governmental agencies.  When facing issues such as Tularemia, Avian Influenza and BSE, the Canadian government called Louis directly for his assistance in providing information and also the mass dissemination of vital details to the pet industry.  Over the years he created a reliable conduit that the Canadian government trusts and know they can call upon at a moment’s notice.   A recent example, is when the government of Quebec called Louis directly to comment on their new provincial animal welfare legislation, asking him to address their Parliamentary Commission in support of Bill 54 which changed the Quebec Civil Code so that animals are no longer considered property, but rather beings that have feelings and biological needs.

During Louis tenure he has facilitated over 80 trade shows for PIJAC Canada, creating business opportunities for the pet companies across the country and in the US.  He has handled hundreds of municipal and provincial challenges with great success and sometimes not, but never wavering from his belief that standing up for the industry is the right thing to do.  He has often been heard saying, “If you’re going to be the leader and make a trail, you better be prepared to get branches in the face and keep moving forward.”

From rescuing seals in Montreal harbour to speaking in provincial legislatures across Canada and on the international stage, Louis McCann is one of the foremost authorities on urban animal issues.

*original programs were thanks to the generosity of PIJAC (US)  and have been expanded and updated regularly to meet Canadian market and needs.

Infants do not discriminate by species