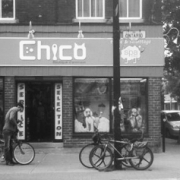 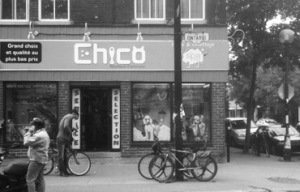 From the very beginning, the Boutique d’animaux Chico has shared their passion for pets and their wellbeing, all while keeping the friendly family atmosphere of a neighborhood pet boutique, which has always been the principal value of the company. Everything started in 1983 when Animalerie de Brossard, managed by Pierre Charbonneau and Michel Joly, moved to their new location on Ontario Street. Animalerie de Brossard was then reborn as “Chico”! 35 years later, the Chico brand has grown exponentially, and the original location has been well integrated into the Hochelaga-Maisonneuve neighbourhood.

As an independent business, the challenges have always been to operate without the backing or of a larger business. For many years, the first location on Ontario street was the only store in operation. About ten years ago, three more stores were added to the Chico group. From there, Chico grew as a franchise with a new structure and business model put in place to launch its skyrocketing growth. Pierre Charbonneau’s vision was to build a group of franchisees, to reduce the cost of operations and improve the profits at each site. In 2018, he praired up with José Forest and Michel Joly to help him reach his growth objective.

For the Chico group, the biggest accomplishment (so far) has been the implementation of a network of 44 neighbourhood pet boutiques. Chico plans on doubling this number over the next 24 to 36 months. Together, the employees, franchisees, suppliers and owners are working towards this strategic plan to move forward and be successful. The Chico groups goal is to become the largest chain of neighborhood pet boutiques in Quebec. Although the Montreal region has been the largest focus lately, the group plans on branching out into other cities such as Québec City, Gatineau and elsewhere in the province.

The Chico group has been a member of PIJAC Canada since 2011, reaping the benefits, such as being part of an association that represents the pet industry and using services like education to train employees. We would like to congratulate Chico on 35 successful years and wish them another 35 years of success and continual growth!