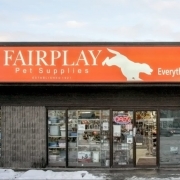 100 years ago Fairplay started out as Fairplay Feed and Flour. It was 1919, the store in those days stocked hay, straw, livestock feed and flour. The store was named Fairplay Feeds by James L. Storey, a pioneer Alberta farmer and a well-known figure in Calgary at the time. The original store became a meeting place for farmers and livestock owners. This tradition carried on until the old store was vacated in 1980! Fairplay gradually introduced more pet products in the 40’s & 50’s and by the 60’s the core of the business was pet related. By this time Fairplay had built a demand for gardening supplies such as grass seed mixes for lawns and pastures, fertilizers and seeds.  The store changed ownership 4 times before being purchased by Christine Nurse’s aunt & uncle, Milt & Svana Campbell in 1962. Her parents, George & Anne Bjarnason, worked part-time (on Saturdays) for Milt and then purchased the store in 1972. Then Christine purchased the store in 1995. 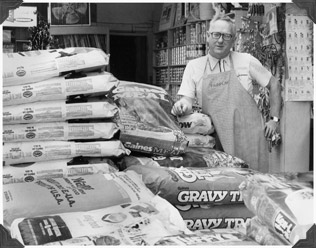 Being in business for 100 years means that Fairplay has seen big changes in pet products and how pets are treated. Christine says, “Pets are treated as family members now”. Fairplay used to sell many, many doghouses as most large dogs stayed outside. Cats were typically outside as well. Grooming and healthcare product choices were limited to a few brands with better products being imported from Europe. Collars, leads and muzzles were leather, choke chains were German stainless steel and domestic bird supplies favoured canaries and budgies. Pet nutrition as we know it today was in its infant stages. Customers were starting to see the value in feeding better quality foods made by the likes of Quaker Oats, Purina, Waynes, and Gaines rather than the pet foods made with by-products from Burns Meat packers or from feed mills. Canned foods were extremely popular and were fed as the whole diet, especially to cats.” 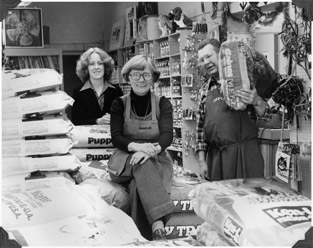 Fairplay has seen a number of challenges over their 100 years in business. The largest challenge for Fairplay was in the mid-1980s, during the big recession caused by rapid oil industry expansion and a world-wide economic recession. By this time they had three locations in Calgary and were caught short by the severity of the recession. At the same time, Christine’s father, George was very ill and in the hospital off and on, unable to make the decisions that had to be made. With the support of their accountant, family and some very astute business-savvy friends, Christine made the decision to abruptly close the 2 newer stores. The process was very difficult, and particularly stressful for her parents, as she had no experience doing this and they were depending on her good judgement. The rumour mill was excruciatingly painful to endure, but it did build the toughness required to make it through the recession Other challenges include the introduction the big box stores and their low pricing and allure of something new for the consumer. Fairplay stuck to their mantra of giving great service and kept building their product knowledge. “The challenge of more competition has not allowed us to become complacent!” Christine states proudly. 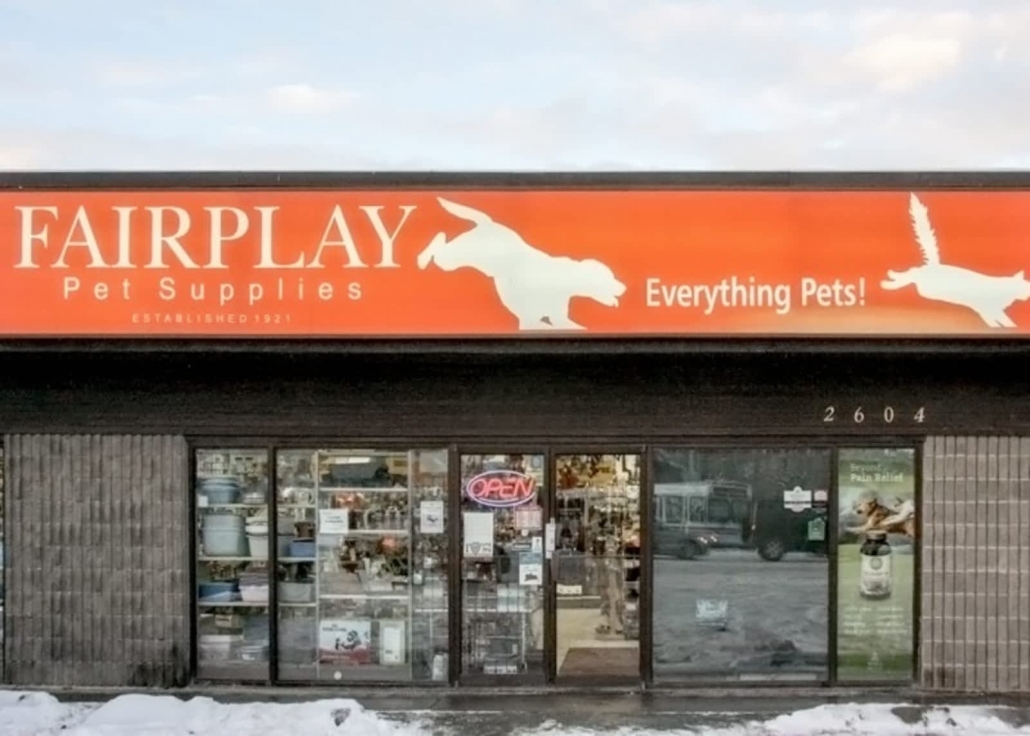 Fairplay Stores’ biggest accomplishments is being open for business for 100 years. Christine believes they still operate with the same good ethics that the store did in 1919. There are still five family members working on the floor and behind the scenes. Fairplay also has employees that have been with them for 20 to 30 years. The “new” staff have been on the payroll for 3 to 8 years! They also have third generation customers that shop at the store. Christine loves hearing about how they shopped at the old store with their grandparents. Also, Fairplay is proud to have hired special needs individuals for many years and still do so today.

For Fairplay, membership with PIJAC Canada is important. It has allowed for an awareness of the pet industry’s trends and evolvements. Christine say that the trade shows are a great venue for networking and learning about trends. When asked about the future, Christine explains how she sense “there are big changes coming to the retail/ business aspect of the industry. I will be interested to watch how the changes unfold and develop as these always pique my passion for business.”

May Certified!
Scroll to top