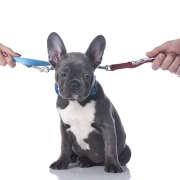 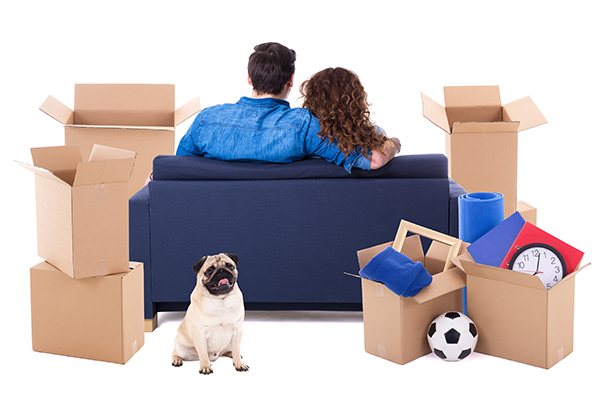 A dissenting decision made by the Newfoundland Court of Appeal Justice Hoegg J.A, caught the attention of many in the pet and animal law industry. As our law firm Bobila Walker Law regularly represents clients in this industry, we thought it would be best to share the outcome of this case with PIJAC Canada members.

The information below is largely taken directly from the court judgement as the dissenting view could not have been put better.

The Newfoundland case involves Mya, a cross between a Bernese mountain dog and a poodle.  For nearly two years she was treated as a family member by the husband and wife. Unfortunately the marriage did not last and the parties decided to divorce.  The court summarized the facts as follows:

“In August 2016 they couple broke up. Ms. Harmina kept Mya.  They talked about  sharing her, but the arrangements did not work out.  In November 2016 they took out    peace bonds against each other. Mr. Baker sued Ms. Harmina in small claims court, seeking an order that she return Mya to him.  He said he owned Mya outright: he’d made  the arrangements with the breeder, he’s paid for her purchase and most of her expenses,   and he’d never given Ms. Harmina a share of the dog. Ms. Harmina’s position was that Mya was jointly owned.  The decision to buy a dog was a joint one and depended on her  availability.  Mr. Baker did not pay for Mya alone.  There were a number of e-transfers  back and forth between them around the time of the purchase, for example in relation to a  couch for the new apartment.  She had spent more time with Mya, had acted more like a  primary owner, and had also paid for some ongoing expenses.”

Initially, the small claims court judge gave ownership to Mr. Baker. Ms. Harmina appealed and was granted joint ownership. Mr. Baker appealed the decision and was ruled to be the sole owner Mya. While the Court of Appeal upheld the notion that pets are essentially property, the dissenting view of Justice Hoegg J.A is of worthy consideration for those who have argued that animals deserve special considerations in our legal system.

“Ownership of a dog is more complicated to decide than, say, a car, or a piece of   furniture, for as my colleague observes, it is not as though animate property, like a dog, is  a divisible asset.  But dogs are more than just animate.  People form strong emotional  relationships with their dogs, and it cannot be seriously argued otherwise.  Dogs are   possessive of traits normally associated with people, like personality, affection, loyalty,  intelligence, the ability to communicate and follow orders, and so on.  As such, many  people are bonded with their dogs and suffer great grief when they lose them.  Accordingly, “who gets the dog?” can pose particular difficulty for separating   family members and for courts who come to the assistance of family members when they cannot agree on “who gets the dog”. 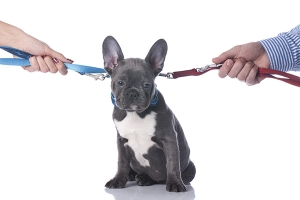 “I am disturbed by the notion that courts should not spend their precious time and resources determining the ownership of dogs.  Litigation over the ownership and       possession of dogs is far from unknown to the courts, which is an indicator that the  ownership and possession of dogs is very meaningful to people.  In this regard, I          emphasize the emotional bonds between people and their dogs, and say that fair decisions  respecting the ownership and possession of dogs can be much more important to litigants and to society than decisions respecting the ownership of a piece of furniture or a few  dollars.  Our civil and family courts are routinely engaged in cases of which the spoils are  a whole lot less than a family dog.  As a society we accept without question that our courts exist to resolve disputes that parties cannot resolve themselves.  That is a hallmark of a just society and a justice system where the rule of law governs.  While I do not wish my remarks to be interpreted as advocating or encouraging parties to litigate the ownership and possession of their dogs, I say there is no principled reason why people in a dispute over a dog cannot avail of the courts for assistance in resolving such a dispute.”

This was possibly in response to past decisions, such as in Henderson v. Henderson, a Saskatchewan case from 2016, where the court was very unhappy with the parties bringing a court case involving pets. The Saskatchewan court concluded with the view using scarce “judicial resources with this matter is wasteful.”

It is evident that dogs and other pets have special bonds with their owners and that the law has to develop with the time to reflect the special nature of that relationship. The dissenting view above is the first such step.

Daniel Walker and Bobila Walker Law are a member of PIJAC Canada and offer special rates to association members for legal council.  Daniel also is a guest author for The Voice.  If you are a member and are interested in becoming a guest author please contact memberservices@gabrielsenn.com.

Award Winners at the Cocktail of Champions in BC