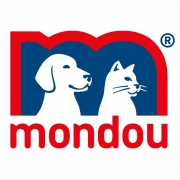 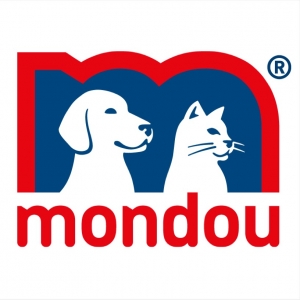 Montreal, July 2, 2020 – It is with great pride that Mondou has announced the launch of the 3rd edition of its Mondou Mondon campaign for shelters. This major annual fundraising campaign, which runs until July 29, will be held in the 67 Mondou stores across Québec and online at Mondou.com. The proceeds will be redistributed among several shelters across Quebec in order to help as many animals as possible, in an exceptional context marked by both the COVID-19 crisis and the residential moving season.

While we were all hit hard by the consequences of the pandemic, several people were forced to abandon their pets over the past few months because of financial hardship. This unprecedented situation has obviously had major repercussions on shelters. Combined with this new reality is the unfortunate fact that the number of pets abandoned by their owners reaches its peak during the moving season in Quebec.

“It was more important than ever for us to be involved in the cause, through the Mondou Mondon campaign for shelters, whose needs are particularly acute this year. We invite loyal Mondou customers and all animal lovers to give generously in the coming weeks. We also wish to thank all our employees and partners who have, once again, made it possible for us to implement this initiative which is at the core of the mission of our Quebec family-owned company. Mondou has been caring for the well-being of animals as well as that of its community for more than 80 years,” said Martin Deschênes, Mondou’s general manager.

SEVERAL WAYS TO PARTICIPATE IN STORE OR ONLINE
We invite the public across Quebec to contribute to the Mondou Mondon campaign for shelters through various means:

The proceeds of the fundraising campaign will be donated to various shelters across Quebec. These funds will go towards the renovation of the shelters, the spaying and neutering of animals for those with lower incomes, the purchase of equipment and food, medical fees and the holding of microchipping clinics and adoption events.

This year, Mondou has pledged to support 25 small shelters and to finance a dozen major projects in larger partner shelters, including in the Greater Montreal area and in the Laurentian, Lanaudière, Montérégie, Estrie, Outaouais, Mauricie, Quebec, Beauce and Saguenay-Lac-St-Jean regions.

Over the last two years, the Mondou Mondon campaign for shelters has raised more than $281,000. Each year, Mondou also donates one million dollars’ worth of food to a number of shelters across the province, which represents 12,000 kg per month.

MONDOU, A QUEBEC FAMILY-OWNED COMPANY THAT GIVES BACK TO ITS COMMUNITY
Last April, in the early stages of the COVID-19 crisis, Mondou decided to donate $110,000 in products and gift cards to Moisson Montréal and to animal shelters in different parts of Quebec. Through this gesture, the Quebec family-run business founded in 1938 wanted to help pet owners in need, so as to prevent them from having to abandon their pet for financial reasons.

Mondou refuses to sell animals in its stores; the company inaugurated two adoption zones for cats from rescue shelters at its Saint-Jérôme and Anjou store locations last year. This initiative is in keeping with Mondou’s mission to encourage responsible adoption and give a second chance to animals, given the current context of overpopulation in the shelters. To date, more than 340 cats have been taken in by new, loving families!
It should be noted that these two adoption zones have now been reopened after having been temporarily closed as a result of the measures put in place by Mondou to ensure the health and safety of its customers and employees, and to help prevent the spread of the coronavirus.

Mondou invites the public to give generously during the 2020 Mondou Mondon campaign for shelters!

To share this news release on social networks, use:
#mondoumondon @mondou_calin