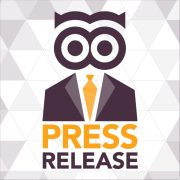 February 13, 2018 (Ottawa, ON) – PIJAC Canada President & CEO, Louis McCann will be retiring after 40 years of service to the Canadian pet industry, 27 of which have been with the 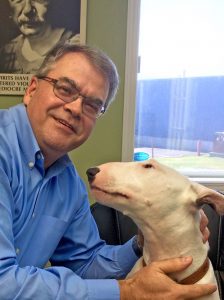 association. Louis has been the face of Canada’s industry dedicating his professional and personal life to fostering responsible pet businesses and advancing the standards of care for pets.

At the age of 16 he began working for the Montreal SPCA cleaning kennels. After achieving his Bachelor of Science with a major in wildlife management Louis worked his way through the ranks of the SPCA becoming the Director of Cruelty Investigations and Director of the Wildlife Department.  In 1992 Louis became the Executive Director for the Pet Industry Joint Advisory Council of Canada (PIJAC Canada) after spending the previous year leading the Quebec Division. For almost over 25 years Louis has been the lead advocate representing the interests of pet businesses in Canada, including; manufacturers, distributors, retailers and pet care service providers. Combining his own expertise with government partners and other pet welfare organizations Louis has raised the bar for the Canadian pet industry. He has achieved this through the development of health protocols, municipal and provincial guidelines, best practice recommendations for businesses and the promotion of sound animal care and husbandry practices in all sectors of the pet industry. From rescuing seals in Montreal harbour to speaking in provincial legislatures across Canada, Louis McCann is one of the foremost authorities on urban animal issues.

“It comes with mixed feelings as we announce Louis’ retirement. Louis has been the face of PIJAC Canada almost since the beginning. His strong leadership and unwavering dedication has allowed for the association’s steady progress. Louis’ determination to build bridges is his legacy. He worked to bring together stakeholders both in and outside the industry to collaborate on the advancement of care standards and responsible practices.”, says Board Chairman, Mike Campbell. “We are truly grateful for all he has done.”

The search for a new association President & CEO has begun. Louis will remain with the association for part of the year, helping to pave the way for his successor.

The Pet Industry Joint Advisory Council of Canada provides leadership and communication between all sectors of the pet industry through resources, training, and advocacy to promote the highest level of pet care.