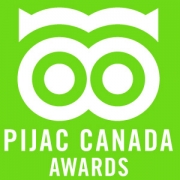 *The nominations for the National Edition Awards will be announced in mid-August.

We are delighted to announce the 2018 nominees from Quebec for the Favorite Sales Representative Awards and Animal Welfare is Everyone’s Business Retail Awards (Eastern Canada).   This first of two rounds of awards will be presented at ExpoZoo at the 20th Anniversary Cocktail on Sunday, August 26th.  The second round of awards for Ontario and the Maritimes will be handed out at the National Pet Industry Trade Show on September 16th in Mississauga.

It has been exciting to see the submissions come in over the last few weeks. Manufacturing and distribution sales representatives were nominated by their clients and retail stores were nominated by their suppliers.   It was inspiring to read the stories and see the examples of hard work and dedication included in the nominations.  Successful nominees were assessed using a points system based on the award criteria.

Online voting begins today and will run from August 1st to 15th. A list of nominees is below. Each category comes with its own “vote” button which links to the nominee profiles page and directs to the online voting ballot.

Click on the “vote” button in each category to review the nominee profiles and cast your vote for the awards.  Thank you to everyone who took the time to send in nominations.  Voting closes, 4pm Eastern Standard Time Wednesday, August 15th.  Best of luck to all the nominees!

Round two of the Eastern Canada awards for nominees from Ontario and the Maritimes will be announced mid-August.  Voting will begin the same day and the awards will be presented on Sunday, September 16th at the Thirtieth  Anniversary Gala of the National Pet Industry Trade Show.

Why I choose to attend trade shows
Scroll to top