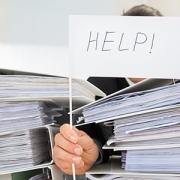 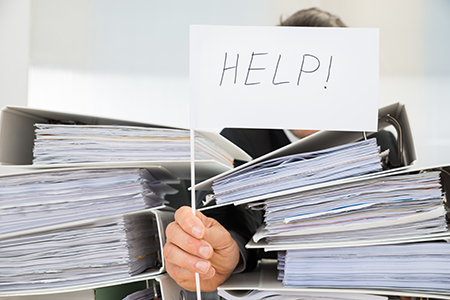 On November 22, 2017, Ontario passed Bill 148, the Fair Workplaces, Better Jobs Act, 2017, which amends both the Employment Standards Act, 2000 (ESA)and the Labour Relations Act, 1995. The Ministry of Labour has issued a news release announcing the passage of Bill 148 and has launched a dedicated web page to help employees and employers understand how their employment rights and obligations will change as the various aspects of this new legislation come into force. Other helpful information can be found here. Additionally, In June 2017 Bill C-44 received Royal Accent, which provides changes to the Employment Insurance Act (EI Act), which came into effect at the end of 2017.

These changes will undoubtedly have an effect on Ontario’s current workforce and operational planning and require changes to workplace human resources policies and practices.

• Raised Ontario’s general minimum wage to $14 per hour on January 1, 2018, and then to $15 on January 1, 2019, followed by annual increases at the rate of inflation. Liquor servers, students under 18, hunting and fishing guides and people working from their homes for an employer would continue to be paid a special minimum wage rate, however, that rate “will increase by the same percentage as the general minimum wage,” the province has said;
• Mandated equal pay for part-time, temporary, casual and seasonal employees doing the same job as full-time employees; and equal pay for temporary help agency employees doing the same job as employees at the agencies’ client companies;
• Expanded personal emergency leave to 10 days per calendar year for all employees at all workplaces covered by the ESA, with at least two paid days per year for employees who have been employed for at least a week. This change will greatly impact businesses that have existing sick, personal, or bereavement leaves entitlments;
• Bans employers from requiring a doctor’s sick note from an employee taking personal emergency leave;
• Provides up to 17 weeks off without the fear of losing their job when a worker or their child has experienced or is threatened with domestic or sexual violence, including paid leave for the first five days;
• Brings Ontario’s vacation time in line with the national average by ensuring at least three weeks’ vacation after five years with the same employer;
• Employees who has been employed for at least 13 consecutive weeks are now entitled to up to 10 individual days of leave and up to 15 weeks of leave if the employee or their child experiences domestic or sexual violence or the threat of domestic or sexual violence. The first five days of leave, each calendar year, will be paid, the rest will be unpaid.
• Starting January 2019, makes employee scheduling fairer, including requiring employees to be paid for three hours of work if their shift is cancelled within 48 hours of its scheduled start time;

The government is also expanding family leaves and adding measures to ensure that employees are not misclassified as independent contractors to ensure they get the benefits and protections the normally would as an employee.

Certain rules or exceptions may apply for some specific industries.

To enforce these changes, the province is hiring up to 175 more employment standards officers and is launching a program to educate both employees and businesses about their rights and obligations under the Employment Standards Act, 2000. This program also means that one out of every 10 Ontario businesses will be inspected each year.

Changes to the Labour Relations Act, 1995 can be found at the lower half of this link. These changes address:

• Prior to the changes, EI maternity benefits were payable during the period starting eight weeks prior to the claimant’s due date and ending 17 weeks after the birth of the child, for a maximum of 15 weeks (after the one-week waiting period). Parental EI benefits are payable for up to 35 weeks commencing no earlier than the birth or adoption of the child. Parental EI benefits must generally be paid within 12 months of the date the child comes into the care of the parent. A birth mother is eligible for a combined total of 50 weeks of EI parental and maternity benefits.
• The Act increases the flexibility of EI maternity and parental benefits in two ways. First, the period during which EI maternity benefits are payable to a birth mother will be extended to start 12 weeks before her due date (as opposed to the current eight weeks). The total number of weeks of EI maternity benefits payable remains capped at 15 weeks and the one-week waiting period also remains the same.
• Second, the EI Act is amended to give parents the option to choose to receive EI parental benefits at the lower benefit rate of 33% of weekly insurable earnings for an additional 26 weeks to a maximum of 61 weeks, or to instead receive parental EI benefits at the current rate of 55% of weekly insurable earnings over the existing 35 week period. The election is one time and irrevocable. Where benefits are shared between claimants, the first parent’s election determines the EI parental benefit rate and duration for the other parent.
• There are also other changes related to benefits for Parents of Critically Ill Children Benefits (PCIC Benefits), Adult Caregiving, and Compassionate Care

The Government of Ontario has also passed new regulations for the Occupational Health and Safety Act, specific to safe footwear on the job, specifying that employers can no longer require employees to wear footwear with elevated heels.

tap Strategy & HR Consulting is a boutique style consulting firm specializing in strategy and workforce planning, end-to-end human resources services and support, and leadership coaching. tap Strategy can work with you to help carry these changes into your current workplace practices, policies, or decision-making. They also perform workplace compliance and best-practice HR audits, policy and handbook audits, and other related services to ensure you are up to standard in areas of compliance. They can be contacted at 613-620-2499 or info@tapstrategyandhr.com